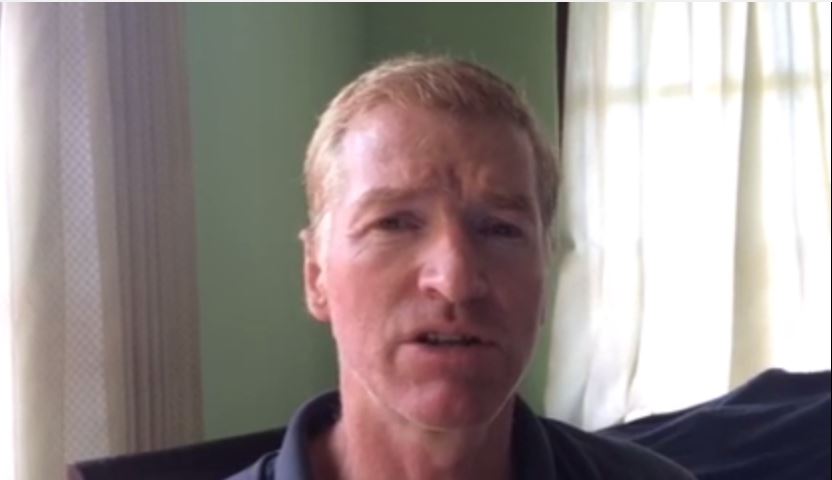 Savage, who prides himself on his 20+ years’ experience as a police officer in Queensland, was previously warned by the Queensland Dept of Health to desist in his ‘medical’ activities – he has no qualifications, and a limited understanding of medical realities. (His constant references to vaccinations “sucking the life force” out of people, including himself, are indicative of his wayward and potentially dangerous approach.)

On his YouTube page, he has called for potential patients – and especially parents – to travel to Bali for his treatments.

Indonesian authorities have been notified of his presence in the country.

Dr Rachel Heap, an intensive care unit specialist in Northern NSW, says that “Intravenous magnesium is classified as one of the ‘high risk’ medications that require extra precautions and policy directives for patient safety because of the potential risks associated with its use. It also comes in a formulation that needs diluting, and therefore without the skills and training required it can be easy to make an error and give the wrong dose.

“In our hospital, patients who need intravenous magnesium are often looked after in a critical care setting because it is recognised that its administration carries risk.

“Then there are the systemic effects: magnesium can cause flushing and tachycardia, hypotension, loss of reflexes, respiratory depression, and if in high enough doses, could cause bradyarrhythmias including complete heart block, cardiovascular collapse and death.

“It is particularly dangerous if you don’t know what someone’s kidney function is like, or if they are on a number of other drugs that could potentiate its effects.

“Savage suggests an intravenous regime, which makes me wonder what his training and experience or qualifications to put an intravenous cannula in are. If not diluted correctly, magnesium can be a local irritant on veins, so above and beyond the systemic side effects there is the fact that he is using it without qualifications to insert a line; and I suspect without knowing the correct dilution to protect local tissues.”

Savage is possibly best known to Skeptics for a rambling diatribe at a “No Jab No Pay No Way” protest in Brisbane last June, in which he ran through a list of conspiracies covering government infringement of rights and what he (and others) claimed was vaccination’s role in sudden infant death syndrome and accusations of “shaken baby” syndrome.

He regularly cites his police experience as some sort of imprimatur to his rants.

His list of paranoias and conspiracies on his Facebook site is extensive, including the “satanic vaccine industry”, and vaccines as “bioweapons that were designed by a bioweapons lab by a bioweapons scientists from Nazi Germany”.

“The whole vaccine industry is satanic to the core, babies are killed in the womb and then the foetal tissue is sold to vaccine manufacturers and then blood money is paid to bribe the politicians who use coercion to force parents to allow their children to be attacked with these vaccines.”

He is also rabidly anti-Jewish, claiming that they practise mind control, poisoned water to spread plague, and that “Jews are behind all major terror events”. Naturally he is a Holocaust denier.

He is a proponent of the banned and highly dangerous Black Salve ‘treatment’ of cancer: “The ‘hate filled demons of the medical mafia’ are, of course, opposed to untrained individuals burning off their flesh out of a spite for evidence-based treatments,” and

At the No Jab protest, he accused police of covering up what he claims are negative and sometimes fatal outcomes of vaccination, while at the same time praising police as hard-working individuals.

His consistency is poor, his medical qualifications non-existent, and his supposed effective treatments have been described as “dangerous”.

We will report on the outcomes of any further action by Indonesian health authorities.

More about Chris Savage is available on the Reasonable Hank blog.