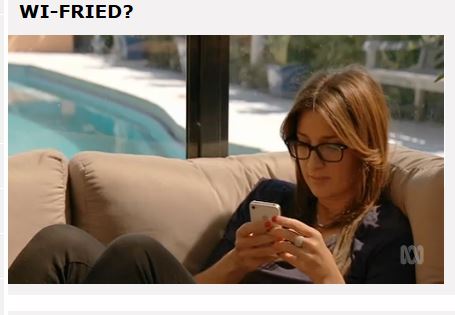 ABC-TV’s science program Catalyst and one of its chief science reporters Dr Maryanne Demasi have been nominated for the Australian Skeptics’ Bent Spoon award.

The program and Dr Demasi have been criticised before for promoting unsubstantiated scientific ‘evidence’ of ‘dangerous’ products. In 2014, Dr Demasi and Catalyst presented a case against statins in cholesterol control. The program was criticised for using ‘experts’ with vested interests in promoting alternative medicine to put the anti-statin case, and pitching the proponents of established evidence-based medicine into a minor role.

This time the same process had been used to alert people to the dangers of sticking smart phones to their ears – it used six ‘experts’ (at least one without any attribution) to put the case for the supposed dangers, and only one scientist who pointed out the lack of any scientific evidence that supports the danger claims.
Even that scientist was encouraged to state that science was never 100 per cent sure of something, which in the program’s point of view equated to “you can’t therefore say it’s 100 per cent safe and therefore it must be dangerous”.

In response to the criticism, Catalyst responded on its Facebook page that “The program and its producers recognise there’s a debate, understand that the science is not settled and that it is an issue of public concern. That’s why the Catalyst program spoke to those who consider the increased risk to be significant and concerning, and to others who do not consider it to be significant, including extensive quotes from a spokesman for ARPANSA and the industry body AMTA. The program also included the views of prominent brain surgeon Charlie Teo and prominent cancer expert Professor Bruce Armstrong (IARC 2011 committee).

“It is also important to note that at least two of the current critics of the program – Drs Bernard Stewart and Simon Chapman (see below) – were invited to participate in the program but declined. Had they agreed to be interviewed, their views would have been included as well.”

(Dr Teo has been criticised in the past as “alarmist” and “a little bit out there”.)

Perhaps because of the claim that “the science is not settled”, the Catalyst story allowed many unsubstantiated statements that ignored scientific evidence to be made, and some of those statements were wrong.

Dr Sarah Loughlin of the University of Wollongong, a researcher at the NHRMC’s Centre for Research Excellence in Electromagnetic Energy, as well as a member of the WHO Environmental Health Criterion Evaluation Committee on Radiofrequency Fields, said that “Many claims were made without providing any substantiated science to support what was essentially individual and selective opinions that were used to paint an incorrect picture of the current state of knowledge.

“Indeed there is currently no scientific evidence that exposure to low level radiofrequency, such as emitted by mobile phones and wi-fi, has an impact on health.

“By not providing a balanced view of the science, Catalyst has left viewers with misleading messages related to the use of such devices, which may serve to perpetuate fear related to a health risk that currently does not exist.”

Dr Devra Davis, an American epidemiologist and writer who was featured prominently in the program, countered the lack of scientific evidence for brain damage from wi-fi radiation by saying that it was too early to see any rise in brain cancer caused by mobile phones or wi-fi, and argued that brain cancers after the Japanese atomic bombs did not appear for 40 years.

“This is simply incorrect,” said Dr Simon Chapman, Emeritus Professor in Public Health at the University of Sydney.

He cited a study published by the American Cancer Society that reported on central nervous system cancers (including brain cancers) in those exposed to atomic bomb radiation in Japan, which found that more than 58 per cent of those studied were diagnosed in the first 40 years, and some much earlier.

Dr Darren Saunders is a cancer biologist at the University of NSW and visiting fellow at the Kinghorn Cancer Centre, Garvan Institute. He said there were key flaws in the argument made in the program that stood out scientifically. One was the lack of any demonstrable increase in brain cancer incidence over time. “We have been exposed to the same kind of non-ionising electromagnetic radiation long before mobile phones and wi-fi became commonplace.”

He added that a second flaw was the absence of a plausible biological mechanism for how this kind of radiation can cause cancer. “There were very poor analogies made with microwave ovens and smoking, which are purely emotive and not based on actual science. Comparing a microwave to a mobile phone is like comparing a Saturn V rocket to your lawnmower.” 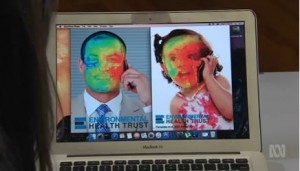 For a supposed scientific program, one sequence in particular was indicative of poor scientific support for the radiation claims. Dr Davis used illustrations to explain the supposed extent of radiation damage to the brain, but these were obviously photo library shots of a man and a little girl with colours superimposed on them. The program said this showed thermal imagery of radiation seeping into the brain, but this imagery could have easily been applied to any object – it was not generated by those particular subjects. Nonetheless, Dr Demasi seemed impressed by the colours.

The Bent Spoon nomination says: “For (again) presenting a biased sensationalist story on a scientific topic, in this case non-ionising radiation and the use of wi-fi media. The program had six scare-mongering ‘experts’ ranged against one scientist saying that there wasn’t any scientific evidence that harm was being caused. It confused the proper and normal scientific restraint of saying we can’t be absolutely sure of something; with admitting the something is dangerous. Poor science, bad journalism, overly alarmist, and even the title of the story, ‘Wi-Fried’, was sensationalised. Move over Daily Mail, here comes Catalyst.”