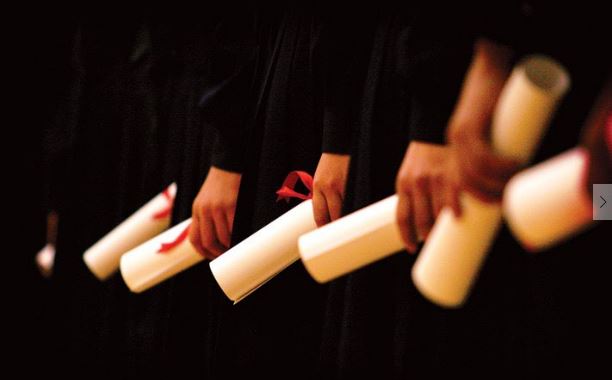 Is it true that GPs and chiropractors do much the same level of training and are thus equally qualified to practice primary healthcare?

Should chiropractors play the role that GPs currently do as the first stop for medical consultation?

The question is whether this is true.

The vision statement of the chiropractic profession’s peak body, the Chiropractors’ Association of Australia (CAA), positions chiropractic as an alternative health system distinct from the mainstream and aims to “achieve a fundamental paradigm shift in healthcare direction, where chiropractic is recognised as the most cost efficient and effective health regime of first choice, that is readily accessible to all people”.

In an article on the Choice website, Karina Bray, senior content producer – health for Choice, laid out some of the issues associated with chiropractic and differences between it and the GP profession. Apart from the level of qualifications, these issues included the anti-vaccination stance of many chiropractors, the potential for misdiagnosis, and preventative manipulations which may cause problems where none previously existed.

The claim for chiropractic training

‘OzSydGuy35’ responded to Bray’s article on the Choice site with a comment that the article was biased, with Bray apparently showing a lack of understanding of what training chiropractors go through, “which is a full three-year Bachelor’s degree in science followed by a two-year Master’s degree”.

“If anyone does some research instead of taking extreme biased views they can clearly see chiropractors do take extensive training and just as much as GPs in the science side of things. The courses are very similar, GPs require [sic] and the same as chiropractors’ courses in anatomy, physiology, physics, chemistry and biochemistry, neuroanatomy, etc. These courses do not differ. They are not taught by anyone different either. The person in question teaching the specific course has to have a degree in that specific course, ie a biochemistry teacher has to have a Bachelors of Biochemistry with honours etc, depending on the university of the min requirements, hence some are better than others just like medicine, both require a minimum though rest assured, as per law.

“Chiropractors also learn ECG monitoring, blood pressure etc (that’s why they can do this stuff also) as you get taught this in anatomy and physiology second level. The only parts where they differ is GPs branch off into getting training for drugs where chiropractors actually keep going with even more in-depth anatomy and physiology specific to what they deal with each day.

“Even the years are the same, check out the Australian AMA page, takes 4-6 years. Chiropractic takes minimum five Then medical does a further one year normally hospital residency. A chiropractic does this in addition to its normal studies for two years in their Master’s degree.

“Both are classified as Doctors. One is of medicine to prescribe drugs. The other is a non-drug prescribing profession. Both have their needs in society. Most nurses or MDs agree with this.”

OzSydGuy admits that “more research is needed” but adds “If people are getting relief from this and there is lack of scientific evidence around, that does not mean it does not work. Just means we need more studies to show why it works in the people that it does and how.”

There are many chiropractors who would share OzSydGuy’s views.

The reality of medical training

Mr John Cunningham is an Australian-trained orthopaedic surgeon who specialises in the treatment of spinal disorders. He is a Fellow of the Royal Australasian College of Surgeons and of the Australian Orthopaedic Association. In the 2016 Australia Day honours, he was awarded a Medal of the Order of Australia (OAM) for services to medicine and the promotion of immunisation.

He suggests that OzSydGuy’s “understanding of chiropractic training, and the training of GPs, is considerably lacking”.

For a start, Mr Cunningham says, a GP must complete a medical degree, which these days is often a 6-7 year program of the medical sciences as well as clinical medicine. It is taught by scientists specialised in the field, as well as clinicians.

“While their science degree was similar, they only did one major in anatomy, and so missed out on physiology and biochemistry. Just anatomy. They were not exposed to nearly as much detail of the other subjects as medical students, nor did they learn anything about human behaviour, microbiology or pharmacology. Just anatomy.

“To even suggest that chiropractors learn ECGs in the same detail as a medical practitioner is laughable.

“Making a claim that the two streams simply branch off is ridiculous. They share no common ground to begin with, so cannot ‘branch off’, as OzSydGuy puts it.

“And a medical degree is only the start. GPs must also complete a three-year Vocational Training Pathway covering many aspects of medicine not covered in detail in the undergraduate section of training, as well as passing more exams, and then a fellowship exam. So we’re up to ten years just now.

“And OzSydGuy thinks that’s only about drugs? What do GP’s see? Only the broadest range of conditions that can be treated with evidence-based medicine. Yes drugs are used, but what about, say, an asthma plan? Diabetes counselling? Family planning? Psychiatric care? End of life care? Paediatrics? Learning difficulties? Musculoskeletal complaints? Dermatology? I could go on, but to simplify things to the idea that ‘all GPs do is prescribe drugs’ is ludicrous.

A chiropractor is trained now in universities, Mr Cunningham says, but “many aspects of their curriculum are not evidence-based. Simple as that.”

“And saying ‘more research is needed’ is not the same as saying ‘it works’. Much research has already been done, and the only thing that chiropractic can treat better than GPs is acute back pain, and only then in a small subset of patients. Researching it more may provide more evidence for other conditions, but it also may not. One’s chickens should not be counted before they’re hatched.

“Suggesting that chiropractors can replace GPs because some of their subjects have the same broad title as each other is blatantly false. You might make the same claim about physiotherapists, osteopaths, nurses, pharmacists, and I could go on. GPs have their place, and that is as the primary family physician. Chiropractors should learn their place too, and it’s not where they think it is.”