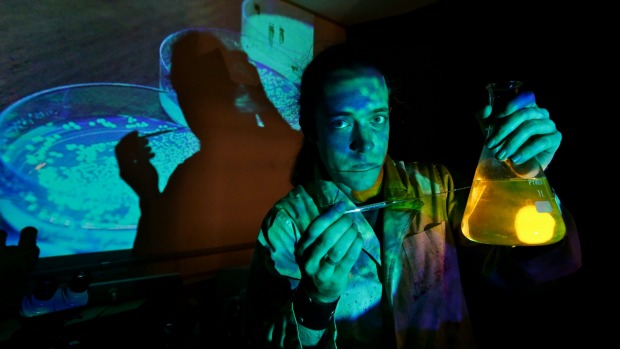 BioFoundry, the DIY biolab established in 2014 in Sydney, will be holding a social get-together on April 14. It will be held on level 11, Deloitte, 225 George St, Sydney, from 7pm. Appropriately for a DIY organisation, the event is BYO.

The BioFoundry describes itself as Australia’s first community lab for citizen scientists, with a mission “to democratise science by breaking cost entry barrier to science education and research”.

It is part of a world-wide movement of biohacking. In this context, the term ‘hacker’ is used in the original sense of taking things apart and putting them back together in a new, better way, rather than the more recent usage of illicit online activity.

One of the founders of the BioFoundry, Meow-Ludo, spoke at a recent Sydney Skeptics in the Pub meeting about the organisation and the movement.

He is a molecular biologist, technologist and futurist and described some of the outcomes of biohacking, including facial recognition of litterers (used for public shaming in Hong Kong), bioart, vegan cheese and even luminous plants.

The movement is pro “GMOs, tinkering (within limits), ‘non-spreadable’, helpful, humane and practice-based”. It is not about developing “human genetic modification, pathogens, bioweapons, viruses” and, in line with its practical DIY approach, it is not theory-based.

A recording of his talk can be found here and the associated slides here.

The April 14 social event will feature Professor Nicolas Rasmussen of History & Philosophy of Science (HPS) at the University of New South Wales. He has a PhD in biology as well as higher degrees in HPS and public health, and is the author of On Speed: The Many Lives of Amphetamine, Picture Control: The Electron Microscope and the Transformation of Biology in America 1940-1960, and most recently Gene Jockeys: Life Science and the Rise of Biotech Enterprise. His research deals with science policy and the history of molecular biology, drugs, and clinical trials.

The BioFoundry is located in Alexandria in Sydney, and offers facilities and courses for the general public. Popular courses include biohack lab skills 101, grow your own mushrooms, DIY upcycled aquaponics, and how to get funding.