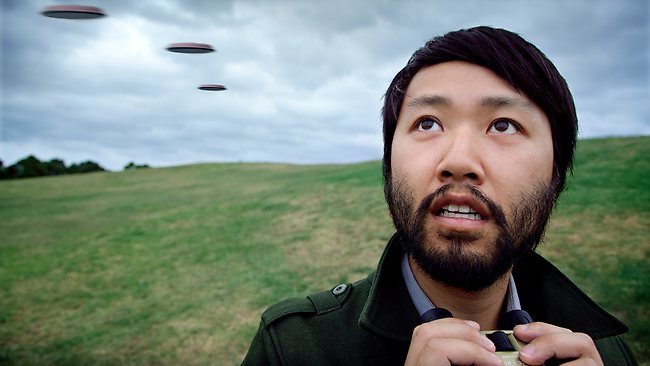 Skeptical comedian and TV personality Lawrence Leung will be appearing at the Sydney Comedy Festival on April 22-23 at the Sydney Town Hall.

Lawrence is known to Skeptics as both an entertainer and a lecturer. He was dinner speaker for the 2011 annual convention in Sydney, and gave a talk at the 2012 convention in Melbourne.

He also created the ABC TV program Unbelievable in which he investigated a wide range of paranormal claims.

His Comedy Festival turn, called Very Strange Things, will follow the same themes. It is an interactive, comedy lecture about paranormal investigations, mentalism, psychic charlatans, puzzle-solving and the allure of mystery or, as the Festival describes it, “Experiments, mind games and impossible coincidences … in his fascinating yet ethically-dubious laboratory”.