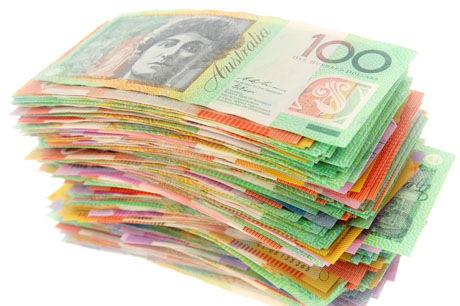 The Australian newspaper reports that NSW Fair Trading authorities will investigate the Australian Vaccination-sceptics Network (AVSN) for “potential breaches of the Charitable Fundraising Act and the Associations Incorporation Act”.

On Christmas Day, the anti-vaccination group announced that it had called off its High Court attempt to overturn the federal government’s so-called “no jab, no pay” policy.

This means it would shelve the lawsuit after being advised by legal counsel that there was a “poor chance of success” and despite raising $152,000 from supporters to pay costs.

NSW Better Regulation Minister Victor Dominello said the government took the potential breaches “very seriously”, according to The Australian. “NSW Fair Trading will review this matter to assess whether there have been any breaches of relevant legislation and regulations.”

In an official statement titled “We are sorry to be the bearer of bad news”, the AVSN (which still refers to itself under the misleading acronym “AVN”), said it had received legal advice that “we had potential grounds to mount a challenge to the constitutional validity of ‘No Jab, No Pay’. On the basis of this advice, we retained a legal firm and invited our members and supporters to sponsor the legal challenge. Our legal firm then retained the services of a leading Senior Counsel and barrister in the field of constitutional law and human rights.”

It had put out a call to supporters to raise $500,000, the amount it thought would be required to commit to a legal action. However, it only raised $152,000, despite continued appeals.

Subsequently, counsel had apparently advised the organisation not to proceed “due to the poor chance of success and the high costs of a High Court challenge”.

“As you may be aware,” the statement continues, “the Australian Constitution does not guarantee most of the rights and freedoms enjoyed by some other western democracies. Our constitution relies on the principle of representative democracy, which unfortunately, does not serve well the interests of unpopular minorities.
“We were absolutely devastated when we received this advice as we wanted so much to believe that justice still exists in Australia.”

The total cost of advice, according to emails sent to members, was $72,526.37. The question now is what it intends to do with the amount of money it says it hasn’t yet spent. There is no guarantee that it will be returned to supporters, that being only one option it suggests.

Others include “investigating a range of alternative legal avenues by which to introduce much-needed transparency and accountability into Australia’s vaccine program” including a possible Royal Commission into the TGA, the Australian Technical Advisory Group on Immunisation (ATAGI) and the Pharmaceutical Benefits Advisory Committee.

It also suggests a plan “to start the process of finally bringing together the people who could help start a retrospective fully vaccinated vs fully unvaccinated children’s long term health outcome study”, funding for a public education program and bringing “top international experts to speak in Australia”, or purchasing advertising around Australia.

“We also want to hear from you and welcome any other suggestions from our members or sponsors as to how the legal funds could be best utilised. Please don’t hesitate to contact us to share your ideas.”

Supporters may have to wait a long time to see their unused dollars returned … if ever.
The Australian reports that abandonment of the legal pursuit and the unlikelihood of the remaining money being refunded has divided the anti-vaccination community.

“They don’t even feel you deserve to know who their lawyer was, charging them half the money they raised, they were using a pro bono lawyer … they didn’t have any expenses,” one anti-vaccination campaigner wrote in one of several active online anti-vaccination groups, the paper says.

“Knew this was a scam from the very beginning,” another wrote in the same group.

The Australian says the AVN declined to clarify the amount of money raised or provide details about how donations were used, instead accusing the newspaper of “actively participating in the drive to take away our children’s right to have an education or for our families … to access gainful employment”.

One thought on “NSW government to investigate AVsN fund-raising”