Anti-vaxxer Meryl Dorey on the hunt for $$$ 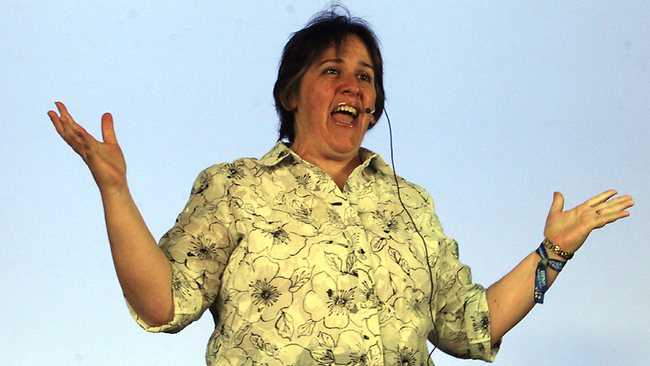 You too could make Meryl Dorey’s dream come true. The anti-vaxxer and on-again-off-again head of the Australian [anti]Vaccination-skeptics Network (AVSN) is trying to raise $5000 per month via the Patroen site to “help make my dream of widespread vaccination education become a reality and – nearly as important – make nocompulsoryvaccination the anti-choice government’s and pharma’s biggest nightmare!”

She says that when she reaches $2000 per month from patrons, she will start “bi-weekly free webinars to keep everyone up-to-date on the most recent news and information from around the world regarding vaccination and health rights”.

If she reaches $5000 per month, she will launch “my first in-depth class free to the public”. This class will, she says, provide parents and health professionals “with a broad range of historical and up-to-date references and outlining some of the questions they need to be asking before saying yes (or no) to vaccines”.

Donors get nothing in return for their support apart from advance notice of the webinars and an invitation to join her private Facebook group.

Dorey has raised money in the past which has not gone to the project described. In 2016, the AVSN raised money for a high court challenge to the No Jab No Pay legislation. The AVSN was told some time after raising the money that the action was unlikely to succeed, but the $150,000+ raised has, as of last notice, not been returned to donors. The AVSN reported that the total cost of the legal advice was $72,526.37, leaving the organisation with more than $70,000.

This lead the NSW government to institute an investigation into the AVSN’s fund-raising activities.

In April of this year, NSW Innovation and Better Regulation Minister Matt Kean ordered another inquiry into the AVSN following complaints it may have been seeking donations from the public illegally. Under the Charitable Fundraising Act 1991, individuals or groups seeking donations from the public for charitable purposes may require an authority to raise funds. The NSW Government Licensing Service had already removed the AVSN’s charity licence in 2014.

As of November 28 this year, that inquiry is on-going.

2 thoughts on “Anti-vaxxer Meryl Dorey on the hunt for $$$”