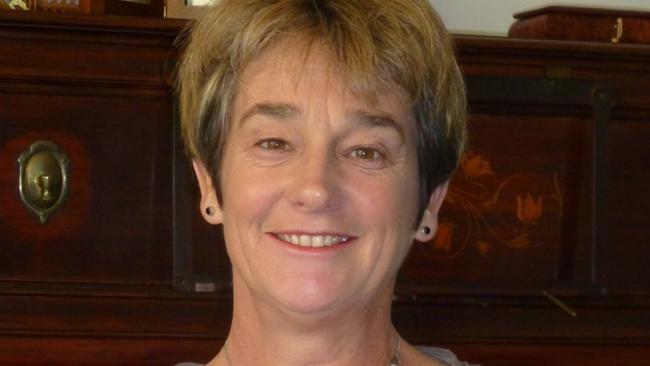 A recent study by four researchers has raised serious concerns over the notorious PhD thesis by leading anti-vaxxer Judy Wilyman, which earned her a PhD from the University of Wollongong in 2015.

Called “A critical analysis of the Australian government’s rationale for its vaccination policy”, Wilyman’s thesis described what she calls “the political framework in which policy is affected by biased science or undone [underfunded] science” and claims “the existence of institutional barriers to carrying out independent research, including on topics unwelcome to groups with vested interests”.

She included collusion between industry and health authorities, particularly that the World Health Organisation “is perceived to be out of touch with global communities and it is controlled by the interests of corporations and the World Bank”.

Wilyman (pictured above) is also presenting herself as an expert witness in cases where parents disagree on vaccinating their children.

The recent study by three researchers from the Faculty of Medicine and Health at Sydney University – Kerrie Wiley, Julie Leask, and Margaret Burgess – and Prof Peter McIntyre, director of the National Centre for Immunisation Research and Surveillance, was published this month in the Vaccine journal.

They describe the thesis as based on “incomplete, flawed technical assertions”.

“This thesis is notable for its lack of evidence of systematic literature review. Despite its extensive claims, there is no primary research, but there is abundant evidence of strong bias in selecting the literature cited and sometimes outright misrepresentation of facts.”

The study authors say that Wilyman’s thesis has been downloaded more than 21,000 times, but to date there was no citable peer-reviewed critical appraisal of the methodological rigour of the work.

“Our research with non-vaccinating parents suggests that some are considering the thesis in their decision-making, and health care providers who may be questioned about it by vaccine-hesitant parents have no such resource to aid their discussions.”

The thesis’s journey to final PhD status was not smooth. Based on documents released by the University under a GIPA freedom of information request, one of two unnamed examiners who reviewed the thesis suggested that it was definitely not worthy of achieving PhD status, and was more in line with a Master’s degree level.

That examiner expressed “serious concerns about a lack of engagement with existing literature and the lack of an appropriate theoretical framework”. They also felt that the thesis showed no evidence that Wilyman conducted original research, nor that it demonstrated that she had made “a significant contribution to the knowledge of the subject”.

The University then sought a third review, which likewise found problems with the thesis, but after revisions it was approved for the award.

The doctorate was awarded through the Faculty of Law, Humanities and the Arts, ie not a scientific or medical faculty.

The study authors say that “The quality of the writing and presentation of the thesis is such that many of its arguments could seem plausible to an examiner without specific content knowledge, despite sound academic credentials. Our combined expertise (vaccinology, epidemiology, the history and practice of immunisation policy development globally and in Australia, social science) and as PhD examiners, both gives us detailed knowledge of the sources cited by the thesis, and allows us to identify key deficiencies.”

They go on to say: “The thesis is presented as ‘A critical analysis of the Australian government’s rationale for its vaccination policy’. A critical analysis should consider the merits and faults of an issue and be conducted in a way that is not designed to find only evidence for the writer’s pre-determined conclusions.

“This thesis does not include methods for assessing the literature, does not discuss aspects of identified studies which may contradict one another, or attempt to establish the quality of relevant studies. Rather, the references used are highly selective, only citing a small number of the available epidemiological studies and clinical trial reports, all of which are interpreted to support conclusions which appear pre-determined.”

Some have suggested that because the PhD was awarded through a Humanities faculty, it would not be expected to “present a detailed and systematic literature review or undertake primary research”.

“We argue that a thesis which explicitly sets out to examine ‘Government vaccination policies, including an assessment of the underpinning scientific evidence and the stakeholders who have influence in the decision-making process’, irrespective of the faculty or discipline in which it is conducted, should use methods for identifying and assessing scientific evidence of comparable rigour to those used by the academic and scientific bodies which inform policy makers.

“This thesis is notable for its lack of evidence of systematic literature review. Despite its extensive claims, there is no primary research, but there is abundant evidence of strong bias in selecting the literature cited and sometimes outright misrepresentation of facts. We agree that critique of immunisation policy is a valid academic exercise that goes beyond technical knowledge, but equally it cannot be based on incomplete, flawed technical assertions.”