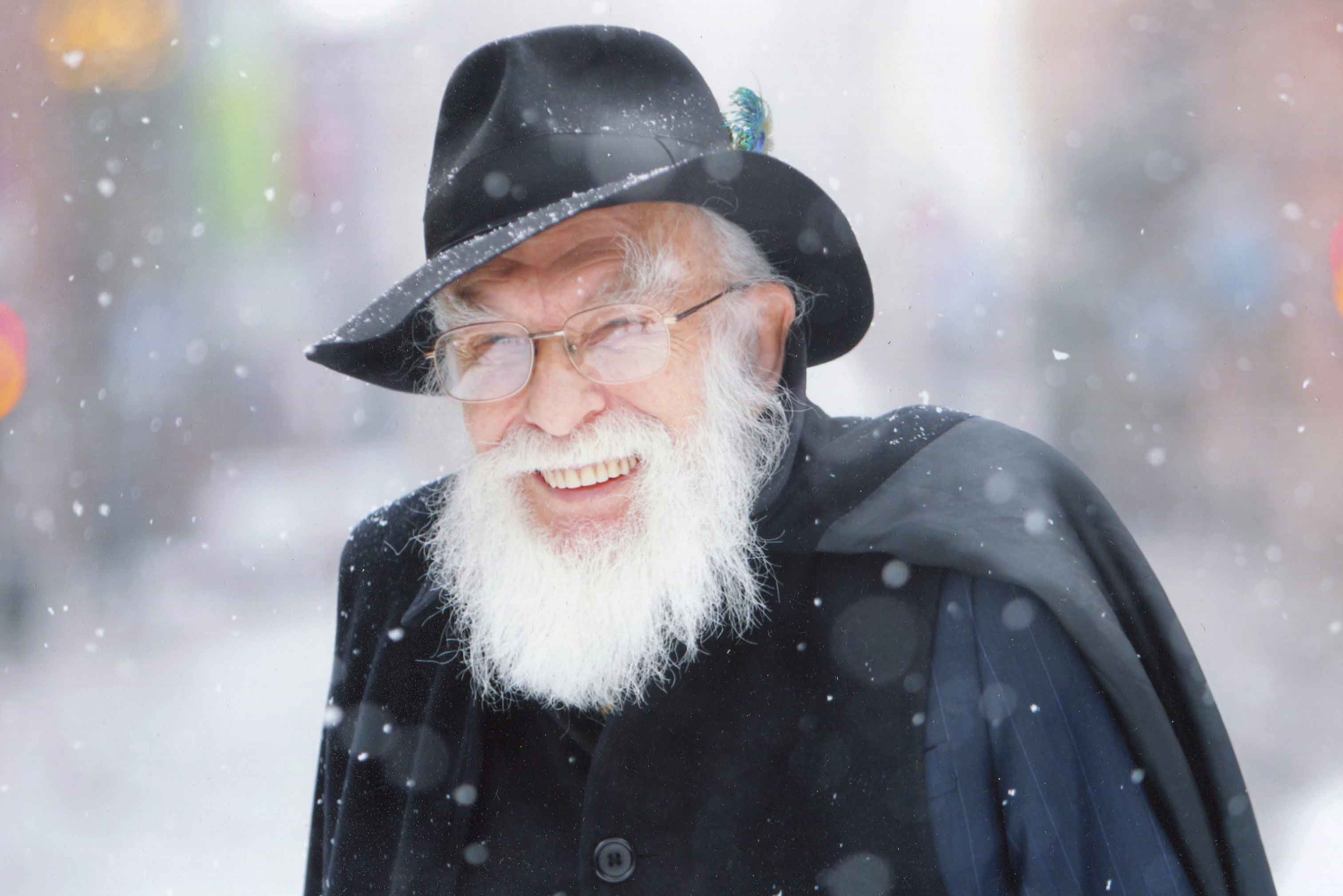 James Randi, probably the world’s most famous and certainly one of the most influential skeptics, has passed away in the US. He was aged 92.

The James Randi Foundation has said that his death was due to “age-related causes”. Randi had suffered from health issues for a number of years, including several strokes last year. He had retired from an active role in the Foundation, which he founded in 1996.

Born Randall James Hamilton Zwinge in 1928, Randi’s influence on the global skeptical movement is profound. He set a standard for countering claims made by promoters of the paranormal and pseudoscience that is unequalled. He had famous run-ins with spoon-bender Uri Geller, faith healer Peter Popoff, and many more, including in 1981 when he was a guest on Australian TV’s Don Lane Show. Lane was so upset by Randi’s criticism of ‘psychic’ Doris Stokes (a favourite of Lane) that the host told him to “piss off” live on TV before storming off the set.

He was one of the founders in the mid-70s of the Committee for the Scientific Investigation of Claims of the Paranormal (CSICOP, later shortened to Committee for Skeptical Inquiry) with Paul Kurtz, Ray Hyman, and Martin Gardner.

In 1989 he helped set up the Carlos Hoax in Australia, when a visiting channeler (actually Randi’s partner) claimed to be a mystic with messages from beyond.

Under the name The Amazing Randi he was also, of course, a famous illusionist, escape artist, and magician (though he preferred the word “conjurer”).

Co-founder of Australian Skeptics, Dick Smith, said “In my view, Randi was the skeptics’ skeptic.”

Smith brought Randi to Australia in 1980 – the first of many visits – to run a test of water diviners. It was this event that led to the foundation of Australian Skeptics.

“One of Randi’s best attributes was being an excellent communicator who could keep things simple,” Smith said, “and he was an incredible magician and stage performer. … I found him a fascinating and highly intelligent person, and extremely fair.”

Broadcaster Phillip Adams, who was also instrumental in setting up the Skeptics, said “He was – yes – amazing. And I wouldn’t be at all surprised if he escaped death like fellow debunker Harry Houdini escaped from chains and padlocked coffins. The nemesis of nonsense (ask Uri Geller) he was a masterful magician and a good friend. Vale James. I await your resurrection at my next seance.”

Richard Saunders, life member and former president of Australian Skeptics, said “The world has lost a great magician, showman, humanitarian, skeptic, thinker, a man who inspired thousands … and I have lost a friend or, as we say in Australia, ‘a good mate’.”

Saunders worked with him on a number of the tests for Randi’s Million Dollar Challenges: “Working with Randi and the Million Dollar Challenge committee at various Amazing Meetings in Las Vegas must surely rank at the top of any skeptic’s career. His vast, vast experience in dealing with paranormal claims was simply invaluable.”

in 2012, Australian Skeptics awarded Randi a lifetime achievement award, one of only two issued in the organisation’s history (the other was to former president and executive officer, Barry Williams).

A full obituary will appear in the next edition of The Skeptic.